There are many benefits on offer when utilising ipamorelin, many of which are identical to those encountered when using “ordinary” growth hormone, though surplus benefits come from the unique manner in which ipamorelin (and other secretagogue varieties) exert themselves in the system.

These surplus benefits include having total control over growth hormone pulse release and how much growth hormone can actually be released in one sitting (exclusive to ipamorelin.)

We’ll now provide a summary of the other common benefits associated with ipamorelin, and give an honest account of their legitimacy / potency when using this product.

The increased fat loss on offer when using ipamorelin is largely as a result of the enhanced release of IGF-1 it provides. 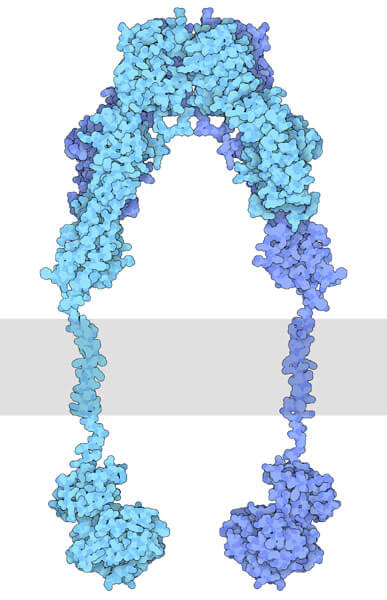 On a structural level, IGF-1 is almost identical to insulin; so much so that it can actually bind to insulin receptors (although with a diminished capacity when compared to insulin itself.)

This leads to the two hormone types “fighting” over these receptors – as such, insulin is not able to bind to the receptors within its normal capacity thus meaning that it cannot deliver glucose to the various cells of the body as effectively as it normally would.

This means that the body shifts into a state whereas it must turn to fat as its primary fuel source in the presence of ipamorelin (and IGF-1 elevation.) This is ultimately how all growth hormone types help to accelerate fat loss, in conjunction with enhanced metabolic capacity. 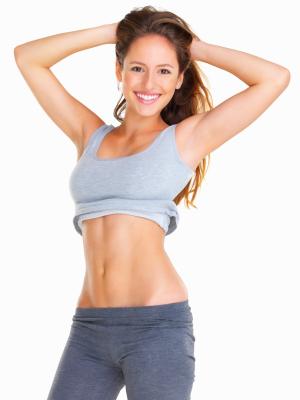 Lean muscle gain is perhaps the primary reason why many users will choose to supplement with exogenous gh products including ipamorelin. As previously discussed though, it’s not growth hormone in its own right that actually causes said gain to occur.

Through the release of IGF-1, we are then able to tap into and utilise the benefits on offer when it splices into two subtypes; it’s the MGF substrand that ultimately leads to anabolism.

In a two fold manner, IGF-1 also diverts the “attention” of the insulin receptors, thus ensuring that insulin is unable to exert its effects prominently and subsequently resulting in fat loss. This fat loss combined with the release of MGF (from IGF-1) leads to a more muscular, but also leaner appearance.

A well known general growth hormone benefit is that of its anti aging properties – whether using “standard” growth hormone or a growth hormone secretagogue variety, you’ll benefit from their ability to regenerate skin cells / organic tissue as a result of enhanced collagen synthesis.

In conjunction with these regenerative abilities, bone density / joint support will also improve, meaning that the user is more “stable” and subsequently feels more “youthful”.

Those who utilise growth hormone often report having a “glowing” external appearance as a result of their collagen production leading to a smooth and even complexion.

Immune functionality enhancement has also been linked to growth hormone utilisation. Being that one’s metabolic output also stands to improve with its integration, this means that gh can cover almost every aspect of vitality, thus providing benefits that are akin to anti aging effects.

This is why many people choose to utilise growth hormone purely for health reasons as well as aesthetic goals; it is a highly dexterous substance capable of achieving positive benefits across a wide array of vital areas.

No Effects On The Body’s Natural GH Levels

Whilst we definitely need to perform more research with higher dosages of ipamorelin in humans before we can truly conclude that it definitely doesn’t impact our natural gh production; ongoing results are certainly looking promising.

In comparison to GHRH – the plasma growth hormone levels in humans following the integration of ipamorelin has been shown to reduce. GHRH implementation leads to little to no difference-taking place.

This may initially sound a little backwards, but what it indicates is that whilst ipamorelin is present, the body is still able to exert growth hormone as it normally would using its “organic” resources.

On balance, GHRH use implies that the body ceases to release its own stores, relying instead on the presence of an exogenous compound for its growth hormone acquisition at the time of administration.

To say that “no effects” occur at this stage would be highly pre emptive, but we can certainly state that effects do not look likely to occur.

Thus far, all research has shown that there are virtually zero side effects in regards to elevated hunger whilst integrating ipamorelin. This comes as a huge surprise being that other secretagogue varieties typically raise hunger to sometimes-uncontrollable levels.

In truth, there is no hard scientific evidence to explain precisely why and how this is the case – all we can really conclude from both existing user reports and research trials is that hunger pangs simply “do not occur”.

To try and rationalise the how and why of this beneficial aspect of ipamorelin at this stage would involve the use of what’s known as “Broscience”. In other words, we would at best be making educated guesses rather than providing concrete facts.

Still, to provide an “educated” guess in this regard for interests sake; a diminished presence of cortisol (another benefit of ipamorelin) compared to GHRP products would at the very least dramatically assist with reducing hunger levels.

Cortisol has been shown to increase appetite. It only makes sense that the lack of enhancement in its levels when using ipamorelin would help to avert a dramatic increase in hunger.

Whilst this may not provide a full explanation, it almost certainly explains part of it.

As per our earlier analysis of “digestion” times between the growth hormone secretagogue varieties; ipamorelin “outlasts” many of them by remaining present in the system for up to three hours.

Ordinarily, many users believe that the initial release strength of ipamorelin is weaker when compared to other secretagogue types like GHRP 2, but as previously outlined; this is largely dependant on your dosage.

As such, it’s possible to create a large initial surge followed by a sustained elevation of levels (admittedly these levels start to decline after 40 minutes) for up to three hours; following this time frame, users can implement their next dose.

This is why some believe that using a GHRH product in conjunction with ipamorelin isn’t strictly necessary – but as previously outlined, this thought process may be somewhat flawed owing to a lack of ability to optimise the growth hormone that did happen to be present during the three hour window.

Following ipamorelin implementation, blood plasma levels of ACTH (Adrenocorticotropic Hormone; responsible for the release of cortisol) and prolactin were found not to be elevated.

This is in contrast to the other growth hormone secretagogue varieties that simultaneously spike these hormone levels in conjunction with the release of growth hormone.

This is in part why ipamorelin has been termed as being “selective” – this selectivity extends beyond simply being able to choose how much growth hormone one releases and also symbolises the fact that ipamorelin “selects” growth hormone release mechanisms only to exert its effects as opposed to elevating the former mentioned hormones at the same time.

This is an excellent benefit in terms of avoiding everything from hunger spikes to catabolism and the manifestation of gynecomastia.