Amongst the growth hormone secretagogue peptide varieties, ipamorelin is simultaneously capable of being the strongest in terms of its pulse release (when used effectively) and the most accessible in terms of a lack of adverse issues arising during utilisation.

It is capable of elevating growth hormone levels on command and sustaining its presence within the body over a comparably longer period (though this element is open for debate as we’ll soon discuss) to other pulsating peptide varieties like Hexarelin and GHRP 2.

This profile will fully explain the intricacies of this popular secretagogue and allow you to make a well-informed decision in regards to whether or not it “suits” your current regime.

Whilst belonging to the growth hormone secretagogue product class, ipamorelin is actually what’s known as a “peptide”. To be even further specific, it is a “pentapeptide.”

We’ll first explain precisely what peptides are and how they function before moving on to analyse the characteristics and functionality of ipamorelin. 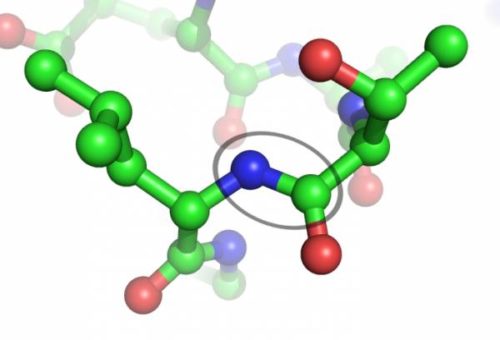 Peptides come in many different varieties, offering a wide array of different benefits within the human body. You’ll find them featured in everything from skin care products to pharmaceutical compounds.

In order to understand how they function, we first need to observe proteins. Peptides are very structurally similar to proteins, and are technically a derivative of them.

Proteins are intricate organic building blocks, used by our body for the repair, maintenance and evolution of all of our structural elements. This includes our vital organs, skin cells, bones, tendons and ligaments.

Without them; we simply couldn’t function effectively in any physical capacity.

What makes a protein a “protein” is the intricate array of amino acids  featured in its molecular structure. Amino acids are what ultimately allow protein molecules to fulfil their structure within the body.

These “clever” micro blocks all serve to “trigger” or ”instigate” certain activities within the body by initiating chemical reactions. They do this through a variety of methods, many of which involve the direct manipulation of either the central nervous system itself, or the creation of molecules that can interact with it. 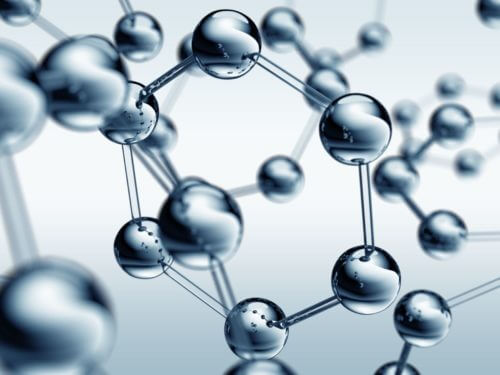 This can lead to results as varied as the maintenance of our immune system, the regeneration of bone mineral cells or the repair of muscle tissue. If you can think of any “regulatory” action we may need performing within the body; amino acids can likely fulfil it.

It’s the amino acid content of a molecule that ultimately determines the molecules “classification” too – it’s all down to precisely how many amino acids are featured in synergy as part of its structure.

When we say in “synergy” – we are actually describing what’s known as an amino acid chain. The number of amino acids featured in this chain will determine whether or not the molecule they form is a “protein” or a “peptide”.

This makes peptides a “simplified” version of a protein.

There are many different peptide varieties within this niche, all of which are determined by the number of amino acids that form their “identity”.

Ipamorelin is classed as a “pentapeptide” – this is due to it featuring a five amino acid structure.

The Role Of Pentapeptides

Pentapeptides have risen to prominence within the skincare sector recently where they are featured for their ability to advance the synthesis of collagen.

Collagen is vital for the formation of every organic structure within the human body from our vital organs to our skin cells – a spike in its production would lead to enhanced levels of internal vitality and improvements in our complexion / skin health.

In regards specifically to ipamorelin; the release of growth hormone in general supplied by this product is going to be enough to establish collagen production / skin cell repair, but we should not mistake it by default for being precisely the same as the pentapeptides featured in the aforementioned product types.

The unique amino acid “code” that constitutes ipamorelin is Aib-His-(D-2-Nal)-(D-Phe)-Lys-NH2. Each letter / number combination you see here represents a different amino acid. For instance; “D-Phe” stands for D-Phenylalanine. “Lys” stands for Lysine. Whilst the code may initially be a little confusing, hopefully this explanation should help to “make sense” of it. This is where it’s important to state that whilst ipamorelin may be a pentapeptide, that does not mean that it features the same five amino acid chains as the pentapeptides used in commercial skincare products. “Penta” merely stands for five.

The specific five amino acid sequence that goes into making the ipamorelin “structure” leads to the stimulation of the pituitary gland and the subsequent release of growth hormone; it probably goes without saying that this isn’t the same end result one will achieve when applying facial or body cream.

We’ll now discern precisely how this unique combination of amino acids allows this peptide to achieve its end result within the human body.