This growth hormone secretagogue doesn’t function any differently to any of the other popular “spike” release peptide varieties (GHRP 6, GHRP 2 and Hexarelin for instance) though the length of time it elevates growth hormone levels for and the strength at which this elevation takes place is what distinguishes it from the crowd (in the right hands.) 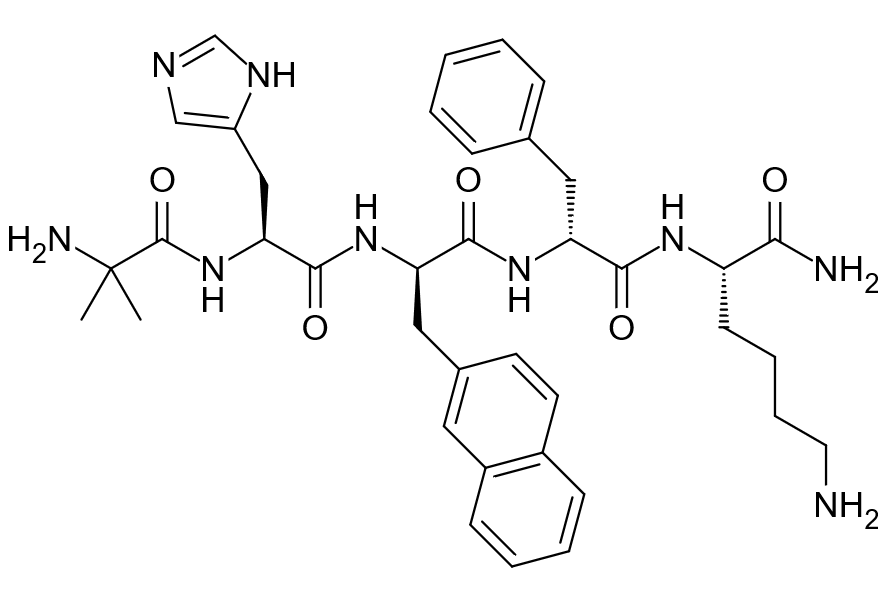 Ordinarily speaking, the human body performs its own growth hormone release “pulses” throughout the day naturally – the reason why secretagogues are so groundbreaking is because they allow us to trigger this release whenever we wish as opposed to having to rely purely on “organic” timing.

It’s widely hypothesized that these organic pulses occur early in the morning, and in the late afternoon / early evening in most people. The problem is, due to individual genetics; there’s simply no telling at precisely which hour and minute they may occur.

This makes it difficult to “capitalise” on peak gh release and maximise our anabolic capacity as a result without exogenous product integration.

This is actually why GHRH (Growth Hormone Releasing Hormone) products are fairly suboptimal to say the least when used in an isolated fashion; they need to be timed with a “pulsed” release of growth hormone if you wish to exert their full effect.

Peptide varieties like GHRP 6 and Ipamorelin were actually designed to be used in conjunction with these GHRH products in order to both trigger a powerful release of, and sustain the presence of growth hormone within the system.

One should never ideally be used without the other, though in the case of Ipamorelin we can arguably make an exception, (even though our former statement will still likely ring true when striving to “harness” the full efficiency of gh.)

Ipamorelin remains active for up to 3 hours in the system at a time; arguably, this means that simply utilising it every 3 hours without the further implementation of a GHRH product could still lead to reasonably sustained levels of gh being present over the course of the day.

However; it should be noted that whilst the “presence” of gh would certainly remain reasonably high, this presence probably couldn’t be “tapped into” in quite the same fashion as a GHRH product would allow.

In short; it would be there, but we likely couldn’t “use” it quite as effectively. This is also where we must distinguish the difference between “half life” and “peak release.”

Many mistakenly believe that half-life translates into “useful” life – enanthate steroid variants are perhaps one of the best examples of this confusing principle.

In the case of the decanoate ester for instance, when attached to a steroid hormone it will yield a half-life of roughly three weeks. However; bodybuilders will still inject a decanoate steroid variant perhaps once, usually twice per week.

This is because whilst the product will remain “present” over the course of a three week window; it will actually achieve its “optimum” benefit within roughly half a week.

You could compare this to climbing a steep hill before suddenly falling off – the release of the product hits the “top” of the hill after half a week, following which it rapidly descends in strength.

As such, the notion that ipamorelin has a “long” release window within the body may be slightly misguided. It certainly manifests its effects potently for up to 40 minutes, but the fact that it remains in the system for up to three hours is in no way indicative of it being maximally “useful” for three hours.

It’s reasonable to suggest that growth hormone levels will certainly remain elevated for a reasonable degree of time following the peak release being achieved, but without the presence of GHRH they will not necessarily be functionally applicable.

This prolonged half-life is the result of a “neuronal excitation” process, whereas the hypothalamus (a section of the brain) remains in a state of “high alert” following the integration of this product for the specified time frame (3 hours.)

A time-release extension over the GHRP secretagogues may make this product favourable for some. In part, this release window is also why many deem it to be more effective for inducing lipolysis (fat burning) over other secretagogue varieties.

It’s theorised that as a result of it being present over a longer period, this means that the body can naturally benefit from the fat burning effects of human growth hormone for longer.

In comparison, GHRP 6 lasts for roughly 2.5 hours, GHRP 2 lasts for roughly 2 hours, and hexarelin lasts for around 70 minutes. Should growth hormone levels remain elevated following the peak release window of roughly 40 minutes, this could theoretically lead to wider “access” to lipolysis.

In truth, this allegedly “prolonged” product release isn’t really likely to be the catalyst behind why ipamorelin may be superior to other growth hormone secretagogues – it’s “optimum” series of benefits can potentially explain why it may be a superior fat burner whilst definitively explaining why it is a more “accessible” product than any other gh releasing peptide variety.

The first of these “optimum” benefits is the fact that this peptide variety is “selective.”

Being one of the latter peptides developed (ipamorelin came to fruition in the late 90’s and was preceded by GHRP 2 and GHRP 6) this compound was largely designed to overcome the weaknesses on offer with the GHRP 2 and GHRP 6 secretagogue types.

This lead to scientists providing it with the ability to grant the user with the power to “select” how much growth hormone they released at once when utilising the compound.

Whereas GHRP 2 and GHRP 6 will reach “saturation” when the user exceeds 1 mcg of product per kg of bodyweight, no such saturation occurs when using ipamorelin.

This means that you can actively unleash the full contents of the somatotropic cells (these cells are responsible for growth hormone storage and release) as opposed to just releasing a “restricted” quantity of growth hormone depending on how much of the product you choose to implement.

This aspect could of course prove to be dangerous if abused (you could place an excessive amount of strain on your pituitary gland and somatotropic cells for instance) but in the hands of a responsible user, it could be of tremendous benefit.

Should you choose to dose at a high level and release a comparably higher amount of growth hormone in comparison to GHRP 6 or 2; this would in turn potentially lead to an increase in lipolysis (fat burning potency.) 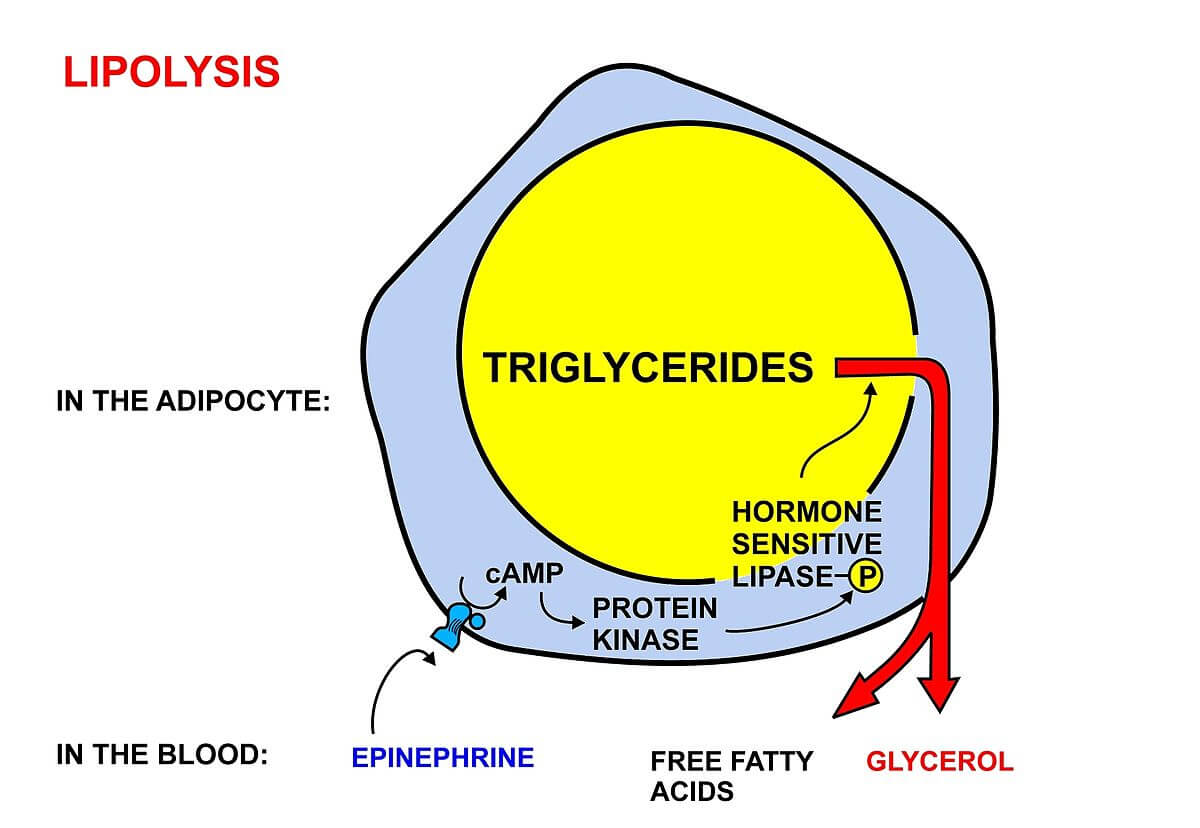 This train of thought is rational being that GHRP 6 and GHRP 2 can both produce positive fat burning results up to and in line with their saturation dose being implemented; a “surplus” surge of release above this saturation level could only theoretically lead to more “powerful” benefits occurring, including those relating to fat burning.

It should be noted that if ipamorelin were to be introduced at the same intake level as GHRP 2 or 6 (1mcg per kg of bodyweight) then it’s unlikely that any surplus fat burning effect would be achieved.

It should be noted that ipamorelin is considered to be roughly “as powerful” as GHRP 6 when compared on a like for like basis; GHRP 2 is known for releasing a pulse of growth hormone that is roughly 15% stronger than GHRP 6 in turn; this means that ipamorelin is uniquely one of the weakest and one of the strongest secretagogues on the market depending on how it is used (in regards to intake level.)

Whilst the potency of the pulse created by ipamorelin can certainly contribute towards explaining how it may be more effective than the other secretagogue types in a fat burning capacity; it does not explain why it is more accessible to users (as previously outlined.)

The second “optimal” set of benefits on offer with ipamorelin is that it doesn’t trigger the release of prolactin and cortisol (as per other secretagogue varieties.)

You may already be familiar with cortisol as it is widely mentioned in regards to stress; it’s one of the most catabolic hormones in the human body and can be detrimental to most if not all anabolic / vital processes (including muscle growth.)

It is “normal” for us to have cortisol running freely in the system as it is actually necessary for some of our vital processes in order to keep us in an optimum state of health; too much soon becomes detrimental though.

Prolactin is a necessary hormone for sexual function; both males and females alike require healthy levels of this hormone to be present at all times for optimal sexual function.

When prolactin is present at above “normal” levels however, it can lead to the development of a condition known as gynecomastia (the production of male breast tissue.)

Whilst the physical symptoms of this condition can arguably be controlled, it is still a potent threat nonetheless when utilising other growth hormone secretagogue varieties. 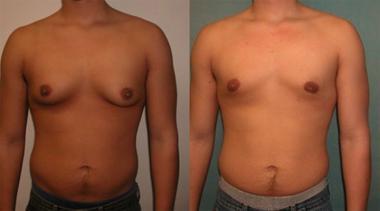 Through avoiding an increase in prolactin, you are actively able to avoid the potential for this (in worst case scenarios) life altering condition to arise.

Through avoiding an increase in cortisol, you are able to keep the body in an “optimally” anabolic state throughout the course of your ipamorelin integration, thus ensuring muscle growth / repair and internal vitality can be achieved at maximal levels.

The diminished presence of these hormones isn’t the only positive aspect of ipamorelin integration either – ghrelin levels too do not increase when using this peptide variant.

This is in stark contrast to GHRP 6, which notoriously elevates hunger to almost uncontrollable levels when administered. GHRP 2 was developed as a means of curbing this aspect of GHRP 6, though it too presents elevations in the body’s level of ghrelin.

All aspects considered; we have a very unique compound on our hands that is capable of being as powerful (within reason) as the user wishes it to be (owing to its “inbuilt” selectivity) whilst simultaneously not carrying with it the adverse traits associated with many of the other secretagogue varieties.

Ghrelin elevation can actually be favourable for those with an ectomorphic body type whilst they are performing a bulk – you should keep this in mind if you’re going to need to adhere to a high calorie intake in order to achieve your current goals and you fall into this body type category.

Save for this scenario, the diminished spike in ghrelin and subsequent “deceleration” of hunger levels is without doubt going to be favourable for many users, especially those performing a cut.